Home » Things to do in Siem Reap 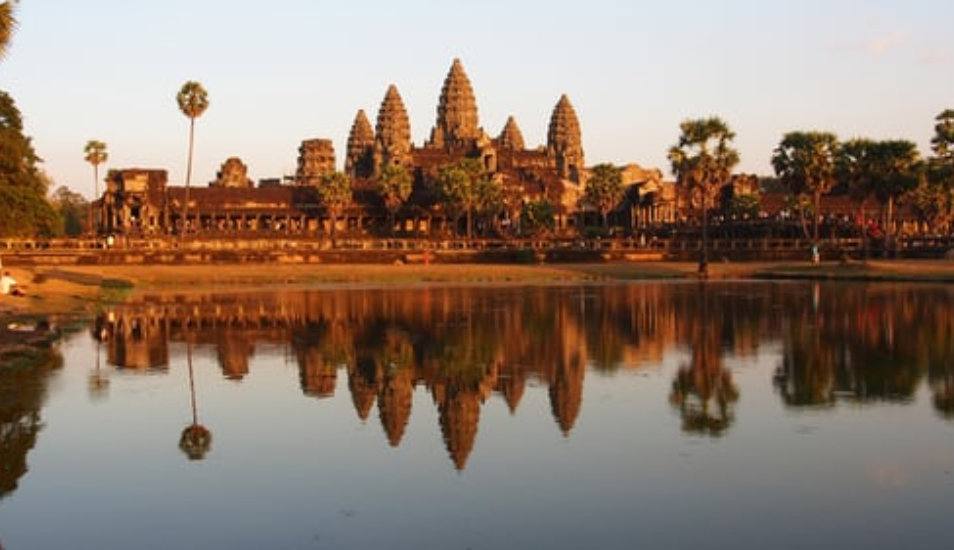 If you’re a history buff, take delight in the supremely preserved stone carvings found at the Hindu temples and Buddhist monasteries of Siem reap, whilst nature lovers can engage in a number of activities including picnicking, bird-watching, swimming and hiking. If you want to feel a first-hand experience of the local lifestyle, visit the various cultural centres that host the traditional dances and other art forms within central Seim Reap. Wondering what to do in Seim Reap when you travel to Siem Reap? This blog will cover the top five Siem reap tourist attractions.

One of the best places to visit in Siem reap anytime, Angkor is by far the largest and most significant archaeological sites in the entire South East Asia. Angkor is the home to several splendid temples built by the great Khmer empire, enclosed within the Angkor Archaeological Park nearby the present day city Siem Reap located in North West Cambodia. In a vast expanse of 400 square kilometre, you can find hundreds of nearly well-preserved monuments, some unfortunately only a stack of stones. In the sands of time, only the stone temples have managed to survive; the wooden structures such as the Royal Palaces and residences of common people have decayed with time.  The Angkor Archaeological Park was officially announced as a UNESCO Heritage site in 1992.

Here’re the most important temples, in addition to Angkor Wat, that are not only worth a visit but also form some of the best places to visit in Siem reap: Ta Phrom, Pre Rup, Prasat Kravan, East Mebon, Ta Som, Neak Poan, Preah Khan and Bayon and Baphuon Banteay Srei.  The park is populated, and several villages, some of whom the descendants go back to the pre-historic Angkor period are spread across the park. Agriculture, especially rice cultivation, is the primary occupation among the inhabitants of Angkor. The famous sunset at Angkor Wat is a unique spectacle when thousands of visitors throng the place to view the incredible sight. The Angkor temples need to be on your bucket list for sure, and the ones you can’t afford to skip when you visit Siem reap.

Bakong is  one of the most popular Siem reap tourist spots, and is a famous Angkorian temple-mountain  situated in the Rolous area, not far from the Siem Reap city. Built to honour Shiva, the Hindu God of destruction, Bakong’s structure is shaped in the form of a stepped pyramid, generally identified as temple mountain belonging to the earlier Khmer temple architecture. This pre-historic monument is popular all over for its best-preserved five-tier pyramids, eight elaborately shaped temple towers and relief sculpture (bas-reliefs) representing the architectural marvel of the Khmer period. It is one of the most important Angkorian ruins and Siem reap tourist spots.

Searching for a Siem reap attraction besides temple above? Visit the Cambodian Landmine Museum, started in 1997 by Aki Ram, an-child soldier. After several years of fighting in the war, Aki went back to the village in which thousands of mines were planted. He started removing them one by one manually and defused them using only homemade tools. There is also the Cambodian Self Help Demining (CSHD), a formal demining organization which clears landmines across several regions of the country. You’ll also be able to find a Relief Facility, today with over two dozen children from small villages in Cambodia, which has saved many children injured by landmines and those living in abject poverty. Originally landmine victims, these children were brought home, raised alongside their own kids.  Today, this facility takes care of kids who undergo a number of mental issues.  With several facilities as that of a school, the Relief Facility helps build children’s career and work toward their life skill development as well. You can also enjoin as a volunteer or donate online to serve the local community.

While you’re in Siem reap, sightseeing is incomplete when you skip visiting the Angkor National Museum, an ultramodern showpiece on the erstwhile Khmer civilization and the splendors of the ancient Kingdom. Displays are categorized into religion, royalty and era, as you will be led through the strikingly attractive galleries. You can watch a short presentation, following which you can view the Zen-like Gallery of a Thousand Buddhas comprising an excellent repertoire of images. You’ll also be able to find a collection of other exhibits including the Angkor Wat, pre-Angkorian eras of Funan and Chenla, glorious Khmer kings and the various inscriptions. No wonder, one of the best things to do in Siem Reap on your trip to Siem reap.

If you feel shopping should top the list of things to do in Siem Reap, then the Pub Street, also officially known as “Street 8”, is the cynosure of attraction when the sun goes down. While you’re in Siem reap, day trips could be exciting, but it’s the nightlife that’d spring you into action. The restaurants in Siem reap come to full life with the road paved with bars, clubs, neon lit clubs and vendors.

Located in the center of the city close to the lovely Siem Reap river and other markets, the Pub Street is where backpackers from all over the world travel to, flock, and shake their feet to the techno-groove. The Pub Street is considered by many to be a toned-down version of the Khaosan Road in Bangkok, but nevertheless as fun and crazy as it could get. During the night along the Pub Street, the road is cordoned off to block traffic, turning the place into a safe and relaxing retreat from the hustle and bustle of everyday life. Check with a Siem reap travel guide to check the range of culinary treats, starting from Khmer specialty dishes to Western offerings, provided in food trucks, 50 cent draft beers and crunchy, crispy insects to indulge in.  Spend the entire night at the lively Pub Street, as part of the Siem reap itinerary, and you’ll never run short of ideas in your next Siem reap travel.