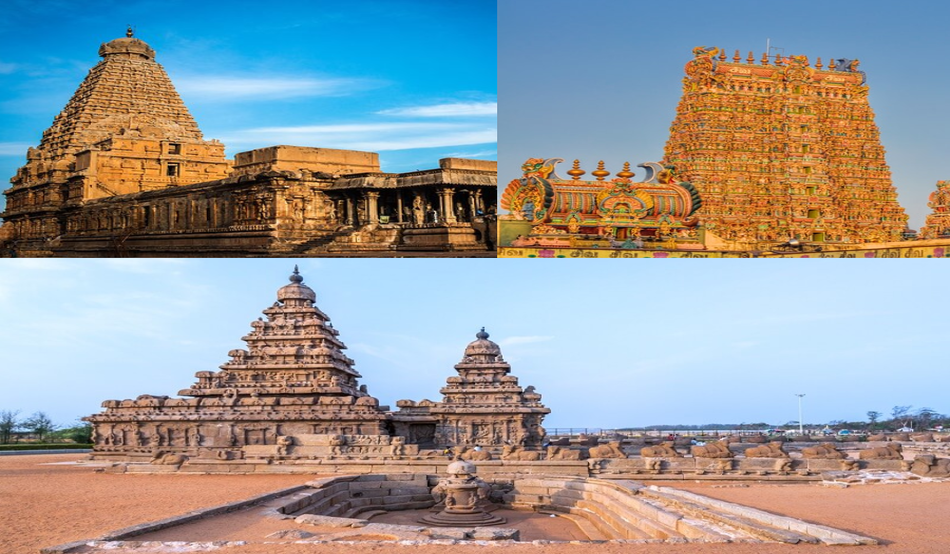 The southern state of Tamilnadu has an astounding 38,615 temples, with 2,359 temple tanks located in 1,586 temples, according to the data provided by the Tamilnadu Hindu Endowments Board. The land of Tamils has around 33,000 ancient temples, with many nearly 800 to 5000 years old found all over Tamilnadu. There are both Vaishnavite (Vainavam) as well as Saivaite (Shivalaya) temples in Tamilnadu. No wonder, most tourism temples in Tamilnadu are in good condition, thanks to the preservation efforts undertaken by the various governments. In Tamilnadu, temple tour always starts with a visit to the grand Meenakshi Amman Temple (Meenakshi-Sundareshwar Temple), located in Madurai, a city that never sleeps, and one of the famous Shiva temples built during the Nayak rule. There are 108 Shiva Temples in Tamilnadu today. Similarly, there are temples having Lord Murugan (The Arupadai Veedu), Vinayagar, Bhairavar, Thirumal, Ayyanarappan, Krishna, Goddess Amman, etc built by the powerful Tamil rulers Cheras, Cholas, Pandyas, Pallavas and other small kingdoms.

The Brihadishvara temple (Rajarajeswaram or Peruvudaiyār Kōvil) is a Siva Temple situated on the banks of River Cauvery at Thanjavur in Tamilnadu. An UNESCO Heritage site, this imposing temple is one of the largest South Indian temples, built on the Dravidian style of architecture. You can also find many temples in Thanjavur that follow the Tamil architectural style. Talk with us, and avail of the exciting Tamilnadu tourism plans online including temple tour packages today.